Where pilgrims once walked

In Puglia, the Via Francigena is the thousand-year-old route used by pilgrims, crusaders and travellers who set out from Northern Europe to reach Rome and then continue onto the ancient Sanctuary of Monte Sant’Angelo and the seaports that would take them to the East and the Holy Land.
The travellers, however, were not all driven by religious fervour, as over the centuries, in addition to  saints and popes, merchants, shepherds, scholars, labourers, crusaders, knights, speculators and philosophers  have walked these paths. In fact, the route has been in use since the time of the Ancient Romans who first built the Appian Way and then the Via Traiana to reach the strategic seaport of Brundisium, or Brindisi.
So let the unique atmospheres of this ancient road carry you back through the long centuries of this land’s history and religious traditions.. 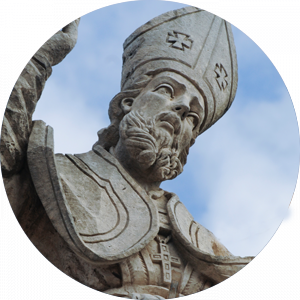 This tour that follows the Via Francigena pilgrim route will allow you to discover a fascinating slice of Puglia’s beauty, history and religious heritage. You will also visit many of the important sights in this long and narrow strip of land, surrounded by the splendour of the Mediterranean.

Do you have a specific itinerary in mind?
Contact us to plan it together

ENGLISH: To provide the best experiences, we use technologies like cookies to store and/or access device information. Consenting to these technologies will allow us to process data such as browsing behavior or unique IDs on this site. Not consenting or withdrawing consent, may adversely affect certain features and functions.
Manage options Manage services Manage vendors Read more about these purposes
Preferenze/Preferences
{title} {title} {title}